Would you like to switch to the accessible version of this site?

Don't need the accessible version of this site?

Yours in health, Dr. Lin 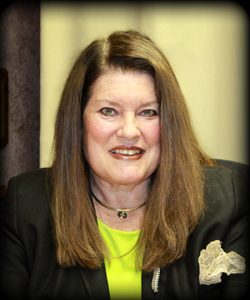 Dr. Lin returned to Sioux City and opened her own practice in her father’s facilities. In 1981, she moved her clinic to its present location in the Morningside area. Since then, Dr. Lin had continued her education in sports injuries, physical impairment, orthopedics, clinical nutrition, x-ray analysis, spinal trauma, geriatrics, pediatrics, and neurology. She expanded her services to include Contact Reflex Analysis (CRA), an assessment of the nutritional needs of the body, and Neuro-Emotional Technique (NET), a method of releasing stored emotions that act as roadblocks to physical healing.

In 2002, she received the Mabel Health Palmer award for “Chiropractor of the Year.” Dr. Lin has celebrated 40 years in the field of chiropractic. Dr. Lin has treated thousands of patients ranging in age from two days to 100 years. She is dedicated to helping her patients get well and stay well so they can enjoy life to the fullest.

Dr. Lin has been married to Jerry Peterson for 20 years, she has a step son Zac and a step daughter Kara. She enjoys her time playing with her seven grandkids!

Find us on the map